We imagined how it would be if THE coincidence was a person. Unlike Destiny, he has no power to decide for you, he can merely give you an advice. So, one day, Mr. Coincidence sort of loses his temper when he confronts an individual who tosses a coin to make a decision for her but then does the exact opposite. Being sick and tired of people who misuse him like that, he wants to make her doing what the coin - or he - told her to do.

We like cake, beer, and filming. We don't like no cake, no beer and did we mention no cake? the cake is a lie. 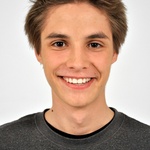 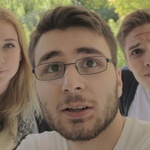